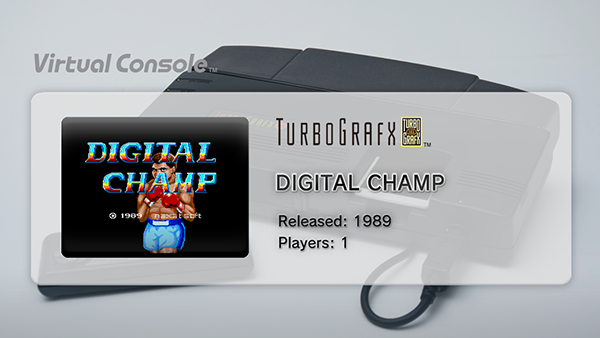 Digital Champ Battle Boxing is an exciting first-person boxing game set in the near future where technology has advanced greatly.
Your objective is to stop the Mother Computer from conquering mankind by fighting its robot boxers.
Each round is 3 minutes long and there are up to 12 rounds in a match. If you KO your opponent or knock them down three times in one round and get a TKO, you can proceed to the next match. Your attacks include the left and right jabs, crosses, hooks, and three types of special moves that include the “Dynamite Upper” and the “Thunder Blow.” Guard enemy punches with the up and down controls and dodge their punches by moving left and right. Use all your skills to fight against such enemies as Marciano, Mick, and Samson you can finally go up against the ultimate boxer “Digital Champ.”