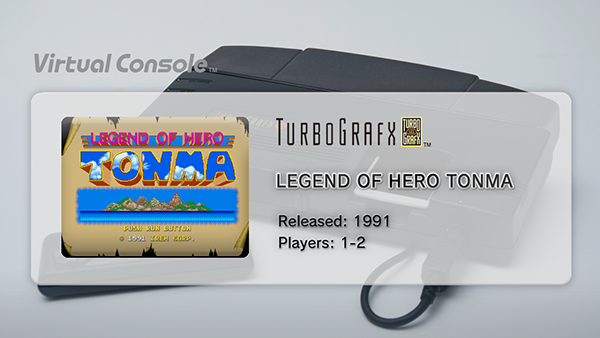 Legend of Hero Tonma is an action game in which you control Tonma, a magician’s apprentice who goes on an adventure to a haunted world in order to save a princess who has been abducted by demons.
The player must use the shot to fight enemies as well as jump over obstacles through a total of 7 stages that all have a boss waiting at the end.
Pick up magic items scattered across the stage to power-up your shots or to protect yourself with balls that act as barriers.
The key to beating this game is using the ability to jump higher by stepping on enemies and changing directions during your jump.
One of the cute comical visuals is the way Tonma’s cape flutters in the air when the player makes a mistake.
This game was a subject of talk back in the day because it was created by an all-female staff of game creators.