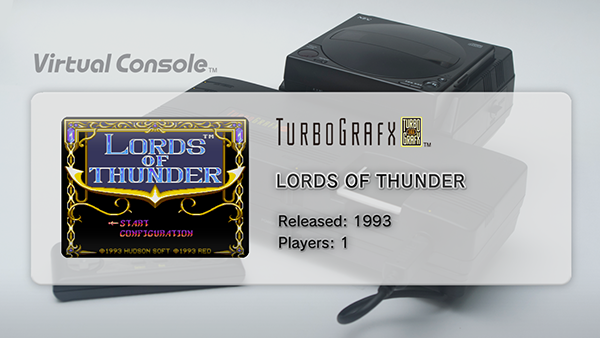 Lords of Thunder is a side-scrolling shooting game in which you play as a knight in armor with heavy-metal-esque music playing in the background.
The main character Randy is a warrior who single handedly takes on the evil empire that is trying to revive the evil Zaggart who has been sealed in the six continents of the Mistral Kingdom.
The player can choose to attempt any of the six stages and select an armor of their desired element: Earth, Water, Fire and Wind.
You can attack with your sword, shots, and the powerful elemental magic attack as well strengthening yourself with various items.
The stages are filled with interesting enemy characters and the thrilling progression within the stage as you enter the palace of the mid and big bosses will provide you with plenty of excitement.