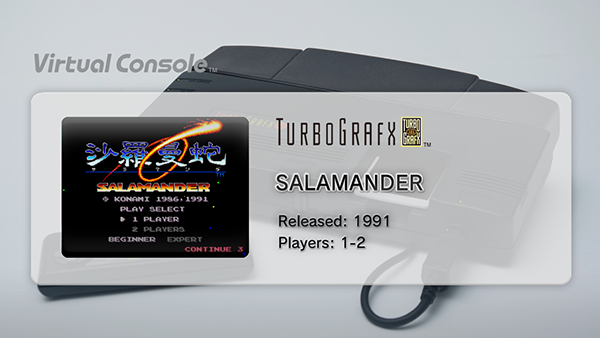 Salamander is the sequel to the classic shooter Gradius. Aboard the Vic Viper and stop the Salamander Army from invading Earth by flying to their home planet.
Stages alter between horizontal and vertical scrolling and the player can collect power-ups to strengthen their ship.
At the end of each stage is a boss that you must defeat in order to proceed to the next stage. There are a total of six stages all reproduced from the arcade version including the underground volcano stage and the asteroid stage that are even more captivating than the stages in Gradius.
You can even enjoy a 2-player mode that lets you to join forces and overcome difficult stages.