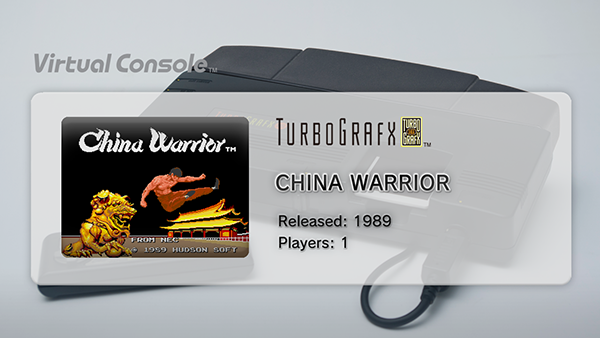 China Warrior is a side-scrolling action game that was one of the first releases with the launch of the TurboGrafx-16 in Japan.
Set in China, you play as the kung fu master Wang and embark on a mission to defeat the Dark Emperor who has taken over the kung fu world. Fight enemies with your punch, kick, and jump-kick and defeat all three bosses in each stage.
There are a total of four stage filled with enemies such as poisonous moths and items like the stick or oolong tea that recovers your health.
The huge character graphics were never seen before at the time of its release and the exciting boss battles are so realistic that they’ll make you feel like you’re in an actual kung fu movie!